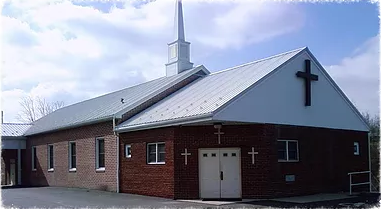 The Brethren in Christ Church began sometime between 1775 and 1788, and the place of origin was near the present town of Marietta in Lancaster County, Pennsylvania. For the most part, our founding mothers and fathers had an Anabaptist background and were deeply affected by the revivals of the great awakening of the eighteenth century and the Pietistic movement, which was spread in America by the Moravians and German Baptists. These revivals emphasized a personal, heart-felt conversion experience.

The earliest Brethren in Christ called themselves simply the Brethren. Outsiders often referred to them as River Brethren since they lived, for the most part, along the Susquehanna River. We know that by 1788 a group of the Brethren immigrated to Canada and became known there as the Tunkers, a reference to their practice of baptism (from the German word meaning to dip).

Discipleship for the brethren was expressed in practical ways. It involved the avoidance of worldly activities such as politics and certain amusements such as card playing. Dress was simple and unadorned by jewelry, bright colors, or frills. Their plain uniform dress made them stand out in their communities which suited their belief of being a separate people called out by God. The fact that they were farmers and spoke German likely affected both their simple theological stance and and their desire to be separated from the world.

The early Brethren in Christ took their name seriously - they believed and practiced that they were a brotherhood in Christ. Their manner of meeting was symbolic of the concept of brotherhood. For most of the first 100 years of our church, worship services were held in the homes of members. And even when the Brethren began to construct buildings referred to as meetinghouses, they kept them simple with pews surrounding on three sides and an un-elevated pulpit. Thus the Brethren met in common around the Word of God.

Very early in our churchs history, members began to move and take their beliefs with them. We know that by 1788, a group of the Brethren immigrated to Canada. Other Brethren in Christ moved westward from Pennsylvania, settling in Ohio, Indiana, Michigan, Iowa, Kansas, Oklahoma, and California.

At the time of the Civil War in the United States, the Brethren decided to record themselves under the present name of Brethren in Christ. In 1879 the North American Church (US and Canada) was formed into a General Conference, which gives overall guidance to the regional and local churches. The formation of a General Conference made systematic evangelism a possibility. In 1894 a home mission work started in the city of Chicago, and in 1898 the first foreign mission work began in the African nation of Rhodesia (now Zimbabwe).

Today, Brethren in Christ churches can be found all across the United States and Canada, and in more than twenty-three countries around the world.

A unique aspect of the Brethren in Christ Church is the rich blend of theological traditions that make us who we are today. Specifically, preaching and teaching in our churches is shaped by three emphases within the wider Christian community: Anabaptism, Pietism, and Wesleyanism.

The theological roots of the Brethren in Christ Church reach back to the Protestant Reformation. At that time, reformers called Anabaptists stressed the importance of a personal responsibility toward one's baptism (believer's baptism), as well as the importance of discipleship, and obedience, the separation of church and state, the practice of non-resistance, and the necessity of community. This Anabaptist strain within our churchs theological DNA shows itself most particularly in our emphases on the community of faith, to serving compassionately, to living simply, and to pursuing peace.

We Brethren in Christ draw a portion of our identity from certain German believers who, in the seventeenth century, rejected the overly intellectualized expression of the Christian faith that had become popular within certain segments of the church. The Pietists stressed the importance of genuine conversion and a warm, personal experience of renewed life in Christ. This awakening experience swept through Europe and on to America. For Brethren in Christ, the Christian faith is a relationship with God that is to be enjoyed with the heart, even as it is affirmed with the head.

We Brethren in Christ have also been deeply influenced by the teachings of the eighteenth-century British scholar and preacher, John Wesley. The Wesleyan movement in America - also known as the Holiness movement - emphasizes conversion as a conscious acceptance of God, the empowerment of the Holy Spirit, and daily growth in holiness. Brethren in Christ value the free gift of salvation in Christ Jesus and the transforming power of the Holy Spirit and we are unashamed in sharing the Good News of the Gospel with others.

For more than 200 years, the Brethren in Christ have expressed an understanding of living in relationship to Jesus shaped by these renewal movements. What began in the 1750's in Lancaster County, Pennsylvania, has since spread across North America and, though an overwhelming receptivity to our missionaries, around the world. 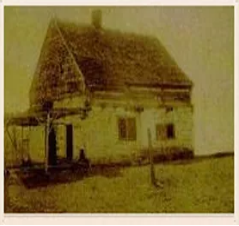 Spangler home near York, Pa. where the Pennyslvania Conference of the United Brethren in Christ met in 1791.  Photograph early 20th century.